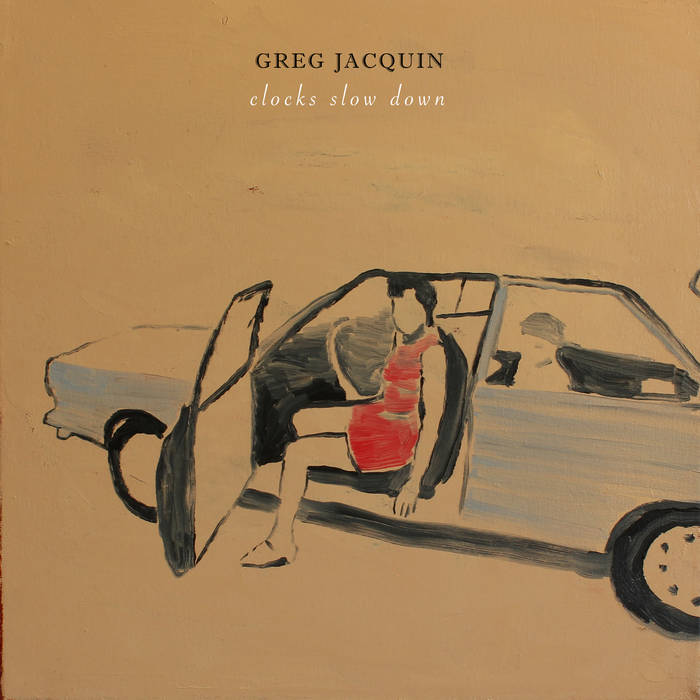 New York-based, indie-folk singer-songwriter Greg Jacquin has spent much of his life writing and playing music. From singing and playing guitar as a little kid through writing his songs with his best friend and cousin in the 80s up to the present moment, Jacquin has been contributing to the rich music scene in New York’s Hudson Valley. Drawing on his own life experiences, the natural world, and politics, Jacquin is still out there pouring his heart and soul into every song he releases. His EP “Hudson River” was released to rave reviews in Feb of 2018. After playing the new songs all over New York and the Hudson Valley for the past year, Greg was eager to get back into the studio in the summer of 2018.

Greg returned to the studio with bandmates Paul Griffin (piano/keyboards & vocals), Rich Berta (guitar & vocals), Peter Wilson (drums) and Lalit Loomba (bass), Jacquin recorded "Clocks Slow Down," a beautiful collection of eleven original songs. The album is a sprawling statement of sadness & hopelessness, pain & suffering, and rebuilding & self-discovery, with a dash of politics & humor, too. This time around Greg enlisted another impressive crew of musicians for the album, including Andrew Bordeaux on violin and guitar, Jim Keyes and organ and electric piano, and Sarah Browne on vocals. The album was recorded by Fred Gillen Jr. (Pete Seeger) at Woody’s House in Croton, NY, and master by Scott Hull (Loudon Wainwright III, Uncle Tupelo, Edie Brickell, Ani DiFranco) at Masterdisk. The album art is by Ian Felice (The Felice Brothers).

Greg Jacquin Is a singer songwriter living in the Hudson Valley. His music is gentle blend of indie folk & Americana with a healthy splash of indie rock.

Bandcamp Daily  your guide to the world of Bandcamp

Featuring Oakland sounds from the Smart Bomb collective and Samplelov.